A joint Jewish advocacy program, run by Homeland Security’s New Jersey Israel Commission, was held at Rutgers Chabad House the week of September 22. The topic, “Countering the Delegitimization of Israel: Strategic Communications for Effective Advocacy”, was presented by David Dabscheck, deputy managing director of Israel Action Network. The event was facilitated by Rutgers Chabad’s administrator, Rabbi Mendy Carlebach. In attendance were members of  the Rutgers Chabad Rabbinical staff, Rutgers Hillel board,  the Jewish Federations of North America, as well as, representatives from numerous advocacy, community groups and Rutgers University Students.

The program was divided into four segments: overview of delegitimization campaigns, strategic communications approaches to general advocacy, advocacy on college campuses, and role of security within the Jewish community. Dabscheck, defined delegitimization as the global campaign to demonize and isolate Israel in order to undermine the sovereignty of the democratic Jewish State of Israel and the two-state solution. According to the PEW Research Center’s two decade polling on the Arab-Israeli conflict, overall American sympathies align with Israelis. However, the key demographics dictate that the vulnerable groups of college age students and minorities lack the proper knowledge of the subject and attempt to remain neutral. Therefore, it is necessary to spread the message to the neutral groups so that they can be informed and provide support accordingly. Dabscheck, emphasized the need to communicate in a memorable way with people so that the message resonates with the undecided. When advocating for Israel, it is imperative to focus on listening to the audience and portray the future as a win-win situation. Above all, advocates for Israel must remember to humanize the issue, be empathetic towards the audience, and focus on the specific issues on hand.

Security within the Jewish community is equally important for effective advocacy. According to the FBI, hate crimes occur against Jews nine times higher than against other religious groups. In addition, Jewish buildings are the third most likely place to face security threats, behind political and financial centers. Dabscheck, discussed the four security needs for every organization: facility tightening, intelligence liaison with local law enforcement, 911, and emergency training. The best protection comes with proper training to prevent attacks, how to identify suspicious characters, and emergency response protocols. 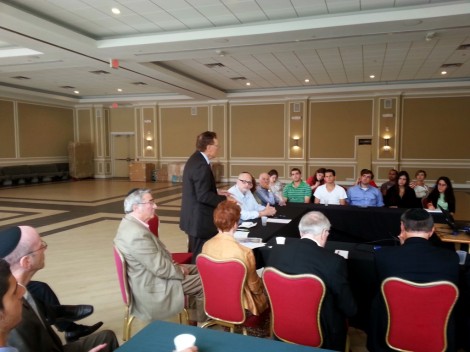 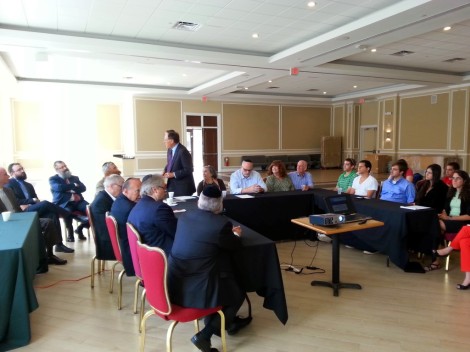